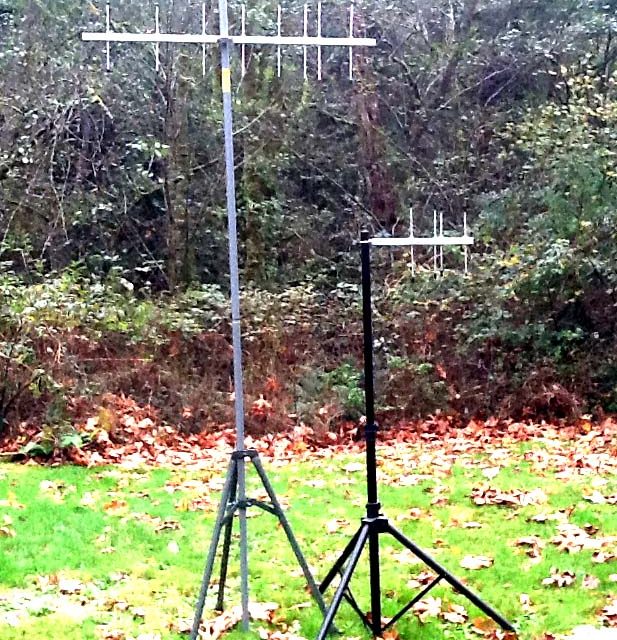 Yagi antennas are direction antennas named after their inventor, Hidetsugu Yagi, and strictly speaking, he was a co-inventor. The primary inventor was Shintaro-Uda, so strictly speaking the antenna is actually called a Yagi-Uda antenna. It is a directional antenna, and sometimes is referred to as a beam antenna. It consists of a diple radiator in the middle with reflectors behind, and directors in front to make the radio signal stronger in front of the antenna.